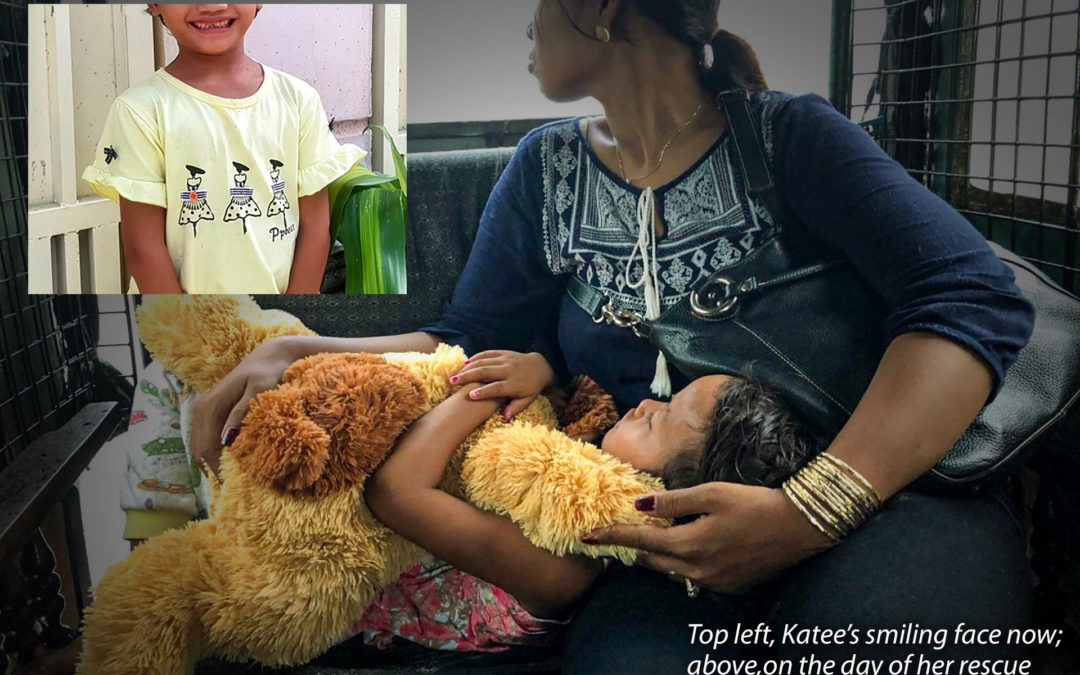 The youngest of many siblings, Katee and her family lived on the streets of Phnom Penh, Cambodia. They moved repeatedly from one overhang to the next, escaping police nightly and begging just to put a few scraps of food in their bellies. To make matters worse, the family’s lack of both education and opportunity fostered a lifestyle of addiction, abuse and hopelessness.

Our team began to monitor the family closely. Katee and her older brother Mikal were especially at risk due to severe health concerns. We tried to intervene many times, but Katee’s mom insisted on exploiting her own children to earn income, no matter the harm she did to them. Katee’s grandmother also helped exploit the children for personal gain. (Without winning legal custody we could do little, and proving the mother and grandmother were unfit, exploitive caregivers required evidence.)

Each day the partners in crime would send the children into the streets to beg, but eventually that income was not enough, so mom and grandma began to sell their children. One of the girls was hired out for sexual services, and all of the kids became targets for extreme abuse and daily humiliation. Police eventually intervened and sent the mother to jail, but the grandmother then received full custody. In her desperation she once again exploited the children. Our team kept careful watch on the children and, working with a network of organizations, investigators, government officials and police, we hoped to collect enough evidence to get the kids to safety.

We’re overjoyed to report to you that last month everything came together, and now all of the children being trafficked were rescued, including little Katee, now age 7!

Katee is now with her brother Mikal at our Hope House (we were able to rescue him 3 years ago because he has serious medical issues), where she is surrounded by those who love and care for her. She is valued as a child of God, and the only begging she now does is for more ice cream!

That is something to celebrate! We not only celebrate the life of Katee and her journey on the road to healing, but we also celebrate you…because without your love and compassion, Katee’s rescue and rehabilitation would not have been possible. Thank you!