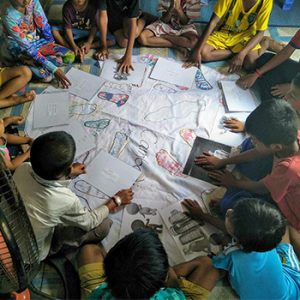 I WILL GIVE YOU THE NATIONS

Psalm 2:8 says “Ask of me and I will give you the nations for your inheritance.”  I love this statement and love to claim it for whole nations.  As I think about this, I realize that it takes the whole Army of God to take the world for Jesus.  What a great inheritance!  According to scripture, I am not alone, I am a part of a great company of Saints and The Army of God.  You and I are not the entire army, yet we have a part that cannot be reproduced by anyone.  If you have signed up to bring the gospel, life, health, wealth, love, peace, joy, goodness to a part of the world then you have signed up to be in this army.  You have signed up to take the nations for your inheritance.

We see a picture in Joel of an army (I view this as the army of God) Joel 2:7-11 says “They charge like warriors; they scale walls like soldiers. They all march in line, not swerving from their course.  They do not jostle each other; each marches straight ahead.  They plunge through defenses without breaking ranks.  They rush upon the city; they run along the wall.  They climb into the houses; like thieves they enter through the windows.  Before them the earth shakes, the heavens tremble, the sun and moon are darkened, and the stars no longer shine.  The Lord thunders at the head of his army; his forces are beyond number, and mighty is the army that obeys his command.  The day of the Lord is great; it is dreadful.  Who can endure it?”

This army does not break rank or attempt to take another’s position, but all stay in formation.  This indicates that they are not pushy, rude, impolite, nor competitive, but know their position and do their jobs in that place.  There are those who go ahead in prayer and till the ground for the planting.  Then, we have the teachers that plant the seeds for the evangelists who harvest the crop.  Each one of these have their own rank and station.  We also have the generals or the apostles in this army.  Our Chief Apostle is the Lord Jesus Christ, the Lord of Hosts.

It is like a well-trained orchestra in the way that it functions.  There is no thought of getting out of order, going AWOL, or slacking off.  Each person in the orchestra has rehearsed their part.  They are alert and know when to come in and when to stay silent.  If one should play his part ahead of the others, it ruins the whole piece.  If someone should decide to switch instruments, it also ruins the whole section of players who have worked hard to perfect their part.  Our conductor is the absolute master and maker of this orchestra.  We cannot play until he raises his baton and directs us to play.  Our conductor is also the Creator of the music that we play. So it is, with the Army of God.  We have our absolute boss who tells us what to do, what to pray, what to teach, what to say to the people, and where and when to go.

One would have to say, it takes an absolute sold out person to join in such an army as it is a life-time commitment.  There is no retirement from this army and no retreat.  It does sound rather formidable, but I contend that this is the army that the Lord is building for His final harvest in the earth today.  Jesus said “The harvest is great but the laborers are few.”  Are you one of them?  Do you want to have the nations as your inheritance?  Are you one in the company of the great Army of the Lord that is taking the land?  The lyrics to Break every chain by Tasha Cobbs says “There’s an army rising up”.  There are other songs that talk about us as “mighty warriors” who are taking the land.  This “end time” army is one that the world fears, yet the true soldier is glad to have a part in.  The earth is shaking more all of the time, according to Romans 8:19 “For the creation waits in eager expectation for the children of God to be revealed” (who are the army) to rise and take their place.  You too can be a part of this army, will you sign up today?