It was clear the Holy Spirit was making a point. 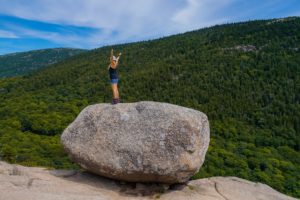 I was studying the book of Esther and reading chapter 9. The same message was there not once, not twice, but three times in the span of six verses (Esther 9:10, 15, and 16):

“But they did not lay their hands on the plunder.”

The “they” referenced in the passage is the Jews. They had nearly been annihilated but God rose up a deliverer in Esther. She and Mordecai uncovered the plot Haman (the villain of the story) had hatched to destroy them and their people. She went to the King and found favor with him. A new decree was issued allowing the Jews to defend themselves. But the decree didn’t stop there—they were specifically granted the right to take the enemy’s property (see Esther 8:11).

I wonder why?  Ultimately, the Jews did what they needed to do to survive, but they stopped short of laying hold of everything that had been granted to them. Clearly that is a fact the Holy Spirit did not want us to overlook.

Could it be the Lord took such pains to point this out because we have the propensity to do the very same thing?  How often do we settle for far less than the full riches our King has granted us? How often do we get sidetracked and stuck in a defensive posture and never end up taking new ground for the Kingdom?

How often do we settle for surviving when God wants us to thrive?

Beloved, you were never meant to merely survive.  According to Romans 8:37, “We are more than conquerors through Him who loves us.”

Years ago, I heard that verse expounded on this way:

“This is more than victory. This is a triumph so complete that we not only have escaped defeat and destruction but also have destroyed our enemies and won plunder so rich and valuable we can actually thank God for the battle!”

Where is your area of deepest loss, deepest grief, deepest struggle? Could it be that this is the very area where God wants to bring the greatest riches and the greatest victory? The greatest redemption and restoration? Could this be the area that He will enable you not only to escape defeat but to actually win such rich and valuable plunder that you’re grateful for the battle?

We are more than conquerors.

This time we will plunder the enemy’s goods!