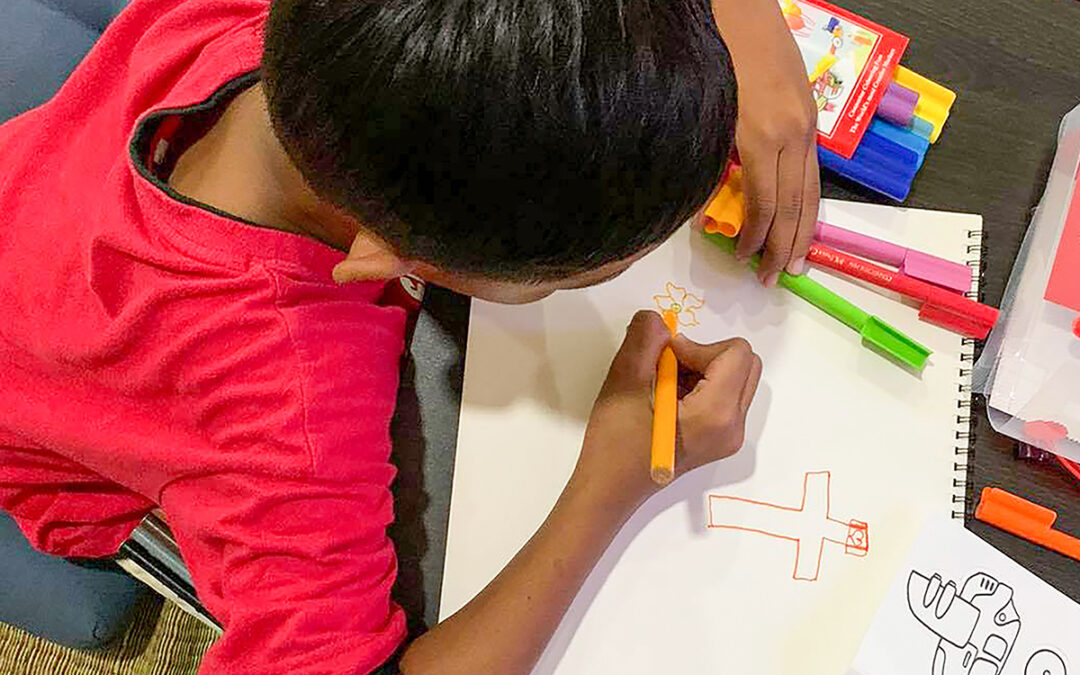 Prak spent the first 11 years of his life among prostitutes and drug addicts. His mom was the former. Prak’s stepfather, the latter, often beat him with objects (including electrical wires) and withheld food from him. Worse still, the man talked of selling him to traffickers.

We had been aware of Prak’s situation, as we keep our ear close to the ground in the many slum communities in which we minister to the needs of the poor and vulnerable, but our legal options were limited. Our team tried numerous rehabilitation options with family members, as we always try to keep families together whenever possible, but it became clear that no one wanted, or was able, to care for Prak.

Those efforts led to an opportunity to finally rescue Prak. He is now safe at Hope House, praise God! After receiving medical care for wounds inflicted from his abuse, we took him shopping for new clothes and other necessities, as he came to us with nothing. He also started a new school.

Prak recently told us, “I feel peace and love in this house.” Our hearts burst!

But there’s another miracle in Prak’s life. Soon after he arrived at Hope House, a totally unexpected event happened. Months earlier we were forced to relocate the younger brother of one of our other boys to a partner ministry that could better care for his special needs. The boy grieved the loss of his brother, but prayed that God would give him a chance to be a big brother again.

Then Prak arrived! The other boy immediately empathized with him, and recognized how much they had in common. He knew that God had answered his prayer and took on the role of mentoring our newest family member. That was another miracle!

Here’s a takeaway: these miracles could not have happened without partners like you who gave to make sure Hope House was there for Prak and others. You helped Hope House rise from the ashes of a fire last spring, and you helped when many of the kids and home staff had to be quarantined with Covid. Thank you for truly making a difference for Prak. He has an amazing life filled with hope, value and love ahead of him.