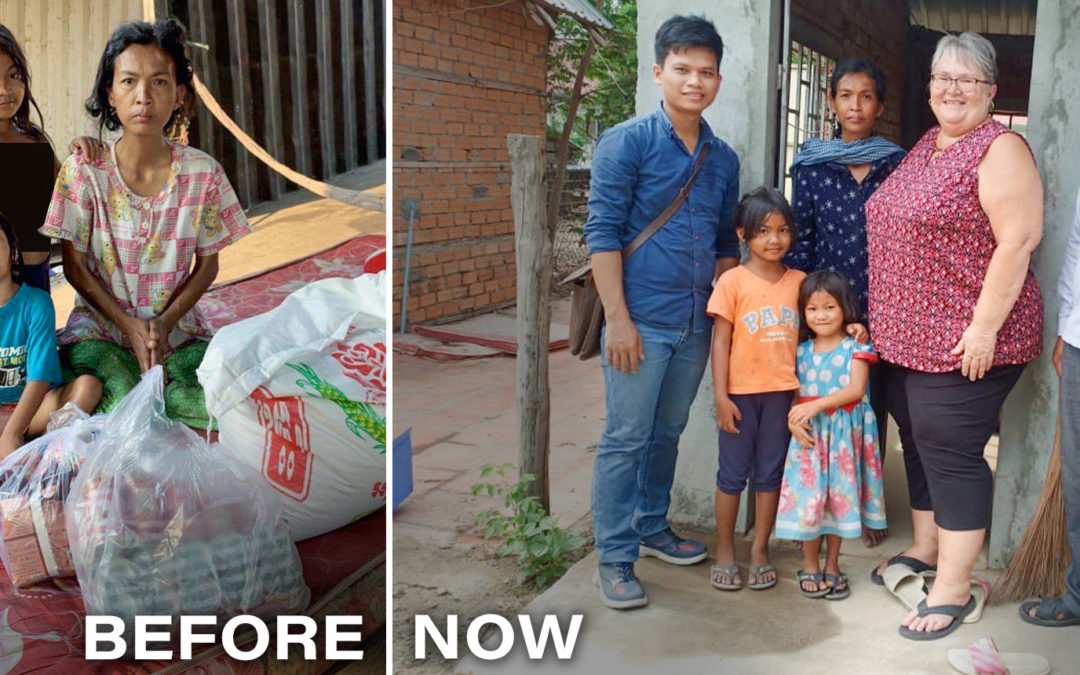 In December 2019 our Shiloh Church opened in one of the slum communities that have sprouted on vacant land along railroad tracks in Phnom Penh. From the very beginning Bora* and her 2 children attended. Bora also became the first to give her heart to Jesus, and gave frequent testimonies on how God protected and provided for her (you may have read about her in a previous update).

She worked as a recycler in the evening (recycler’s push two-wheeled carts from house to house, or small businesses, collecting what is offered to them), but only earned a couple dollars a day. She often slept by the tracks with her children, locked out of her shanty house for not paying rent. We helped her find housing many times.

Then, during our first medical outreach at Shiloh, doctors said Bora was very sick. Later tests revealed that she had HIV. Our social work team helped her get care and medicine, but she wasn’t very good about taking it. Instead, she often turned to alcohol, drugs and other things to ease the pain.

That’s because Bora, although she loved coming to the church, struggled to break old habits. Sometimes we’d find her body bruised from another bad relationship. We tried for months to get Bora and her girls into better living conditions where she’d get more medical help and her girls could go to school. But she refused.

One day she was kicked out of her house again, and was living in a railroad container with the homeless and drug addicted. One evening a man tried, unsuccessfully, to take one of her girls. That was Bora’s turning point. She called her pastor at Shiloh and said, “I am ready to go to that place!”

That was a life-changing decision for Bora and her girls. They now have their own simple house. The girls are thriving in school…and she is a proud mom. Bora herself has blossomed, is much healthier now (see photos), and was baptized on Easter Sunday! Takeaway: lasting transformation comes mostly through long-term relationships that ELM builds within slum communities.