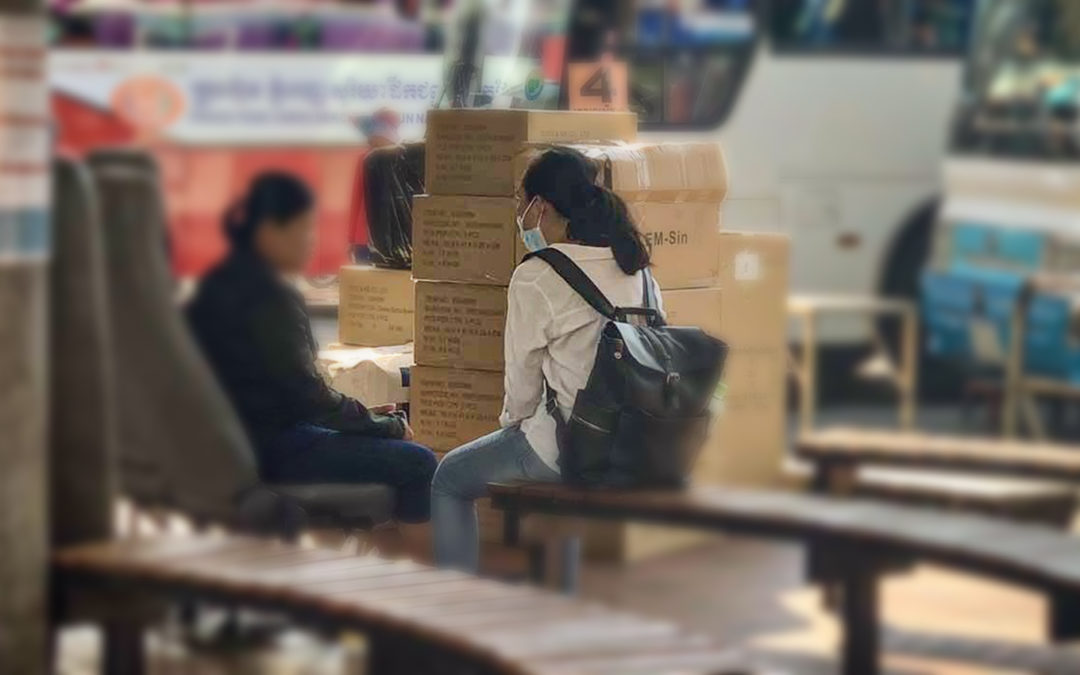 As part of our rescue efforts, specially-trained ELM workers monitor key transportation hubs through which recruiters take victims. When the team spots someone who fits certain criteria, they wait for an opportune moment to speak to them. Here is a story of one encounter.

A Cambodian girl sat alone on a bench at the bus station. She looked scared, nervous. After assessing the situation, our team cautiously moved in. Just 16, she’d never traveled outside of her home province before, she told them, but her family was poor and she needed to work to support her them.

Suddenly an older Cambodian woman approached and began asking her questions about our two workers. During this exchange they learned that the girl’s version of the story differed from that of the older woman. At that point they separated the two women and conducted independent interviews. They soon discovered that the older woman was known to the people in the community as one who “always came and offered jobs to the young women.”

The young girl told our workers she had been taken to several different homes the previous four days, and that they took pictures of her. Of interest was that the victim was given some new clothing and shoes (this is one of many ways traffickers overcome a victim’s hesitancy to cooperate). The interception resulted in the girl being returned to her family—happy news! (Photo: A Transit Monitoring worker talks to a woman at a bus station)