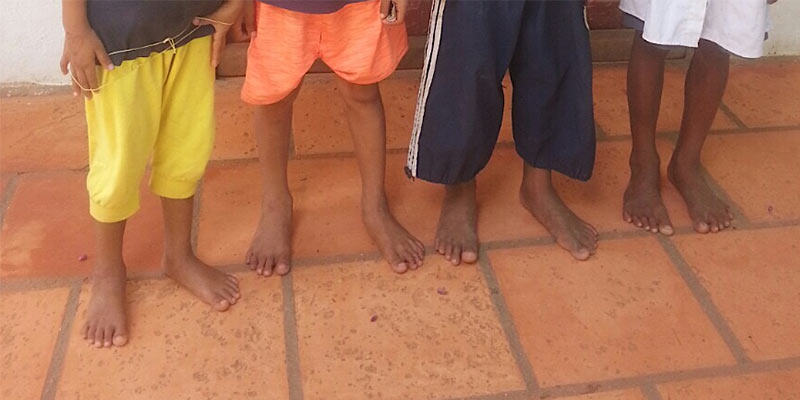 Four siblings became high priority, after receiving tragic news that the mother of one of our Education Empowerment Program families had suddenly died. With no extended family members able to care for them, we placed the youngest two children in a partner NGO home. However, in the midst of the loss of their mom, the two oldest boys got scared and ran away. At high-risk for exploitation, our team fervently prayed and combed the streets to find them. We heard reports that they were spotted in red-light and bar areas, so our concern heightened. After a week of searching, we returned to their community. Lo and behold, there they were!

The boys had been working and sleeping on the streets, begging for enough money to buy a little something to eat. Their future was a life of drug addiction, dealing, and exploitation. Little did they know that a safe home, full of abundant food and love, was waiting for them.

When our team was finally able to transport the boys to their new home, the caregivers called their two younger siblings to greet them. As the younger ones approached the boys, one hesitated in fear that his older siblings had come to take him back where they came from. He cried out that he loved his new home and never wanted to leave . . . but that, of course, was not the case. The older boys had come to reunite with the young and once again they could be a family. What a joyful reunion when they realized this was “home”, and they would never be separated again!

Please join us in prayer for these four siblings, as God continues to heal their hearts.