Pedaling to His Dream 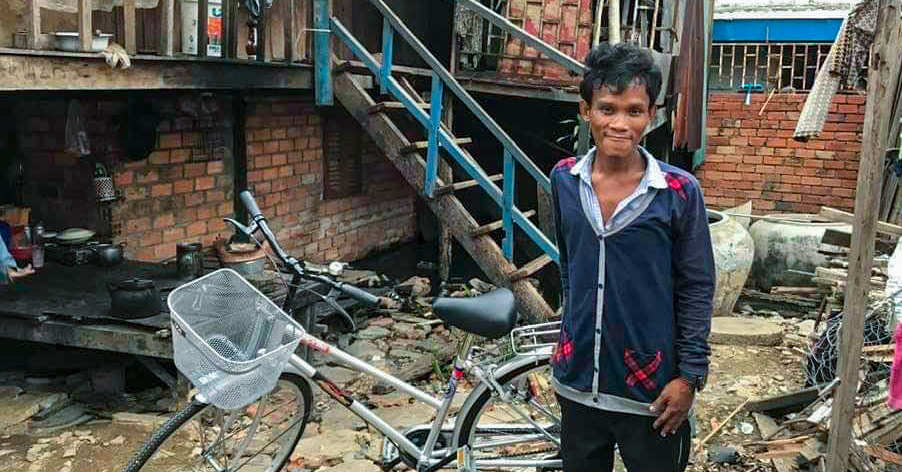 COVID-19 closed numerous businesses, forcing Kiri* to almost give up. But one day he and his wife heard about one of the large food distributions we’ve been holding since the first month of this crisis to help families who might otherwise starve to death.

Kiri gratefully accepted our food assistance, but had long dreamed of starting his own motorbike repair business in the yard outside his small home. With so many persons driving motorbikes in Cambodia, he reasoned, business prospects were good. Being convinced he was highly motivated, we decided to help him become an apprentice so he could finally realize his dream of self-sufficiency.

But after he’d begun his training his hopes were almost dashed when someone stole his own motorbike (theft has dramatically increased due to the pandemic). He had used it get to his training in another part of the capitol city, so he feared his dream had also been stolen from him.

Thankfully, donors (your gift, perhaps) provided sufficient funds for us to purchase a bicycle for Kiri so he could continue his training. He was very thankful to receive such a gift, and grateful, too, that his dream was still within reach—even if he has to pedal his way there. He is such a testimony of restoration and God’s faithfulness!

*names have been changed to protect individuals