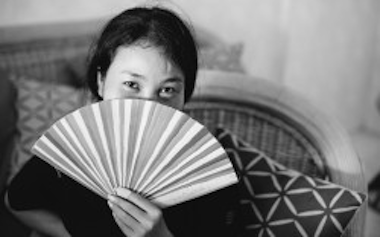 We met this amazing woman when we were visiting her next-door neighbor who had recently joined our Everlasting Love social business and training program. Victoria* had told the neighbor we were meeting with that she really wanted to have the same change in her life as what she had seen in her friend who was enrolled in our program. She wanted the change for her, but most of all she wanted her daughter to have a different life.

That day, we sat on the floor of her small one room house in the slum and heard her heartbreaking story of struggle and exploitation. Victoria initially started working in prostitution when one of her “friends” promised her a great job working in a restaurant. When she arrived at the restaurant she discovered it was really a bar where she was hired to work in prostitution. Her friend convinced her that if she slept with the men she would make more money. Soon after she was sleeping with clients to increase her income but hated the job.

She worked as long as she could there but soon grew tired of the abuse and exploitation. She decided to find a better job and was offered work in Malaysia as a cleaner. However, when she arrived she was locked in a room, starved, abused, and forced to sleep with clients daily. She had been trafficked and had no choice but to stay and work as a slave.

Eventually she and other workers formed a plan to escape. The other workers said she was the strongest and had the best chance of getting out, so they all worked together to escape. She ran as fast as she could and was rescued by someone that helped her to the Cambodian Embassy.

When she arrived at the embassy they brought her back to Cambodia. While in Cambodia, she got taken to another place of employment that turned out to be another brothel. She had been sold yet again, but this time by a friend that she trusted, and she was forced to work as a sex worker there to pay off her debt. She eventually got so sick, was not eating, and said she prayed to die. Her mother ended up getting permission to come help her and nursed her back to health. However, because her reputation had been ruined, she was now labeled a “prostitute” and wasn’t allowed to go back to her hometown. As a result, her mother took her to a slum in Phnom Penh where they have been living ever since.

When we first met her she was a quiet, broken person, who was living in fear and shame. She continued to work in prostitution, the only life she knew, as she had no skills or education. She was judged because of her background and her illiteracy, which made it difficult for her to get any other work.

Victoria is now in our Everlasting Love women’s social business and training program and is learning sewing skills and beginning to understanding her immense value and worth. She is coming alive.

Both of Victoria’s children are now also enrolled in our education sponsorship program, where they are going to private school and receiving a nutritious school lunch through sponsorship. Victoria’s children are learning to read and write, an opportunity she had never been given. Not only is Victoria’s life being transformed, but cycles of exploitation and poverty are being broken off of her children. Victoria is now a confident, witty, and strong woman of God. She has learned that God doesn’t judge her, loves her, and accepts her just as she is. She’s found a new hope and future in Him and is being healed and restored day-by-day.

*Not her real name