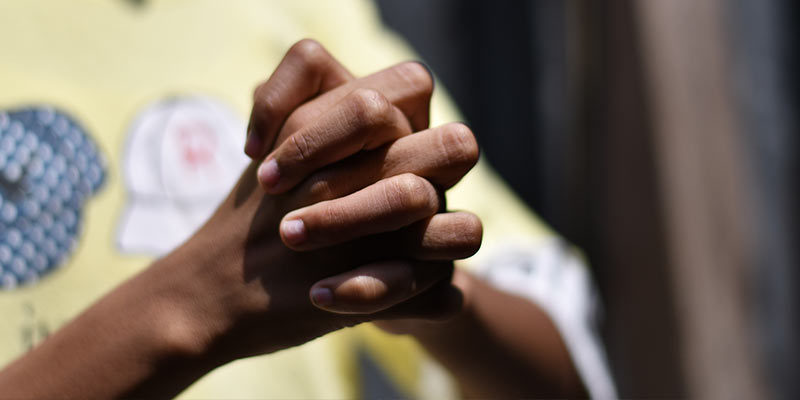 At the age of 5, both of her parents died. She and her 4 brothers and sisters were left to fend for themselves. During that time, a high-ranking government official took her and one of her brothers from their hometown to Phnom Penh saying he was taking them to the city to go to school. However, when she and her brother arrived they were placed on a farm and forced to work long hard hours in slave labor and were abused, if they could not perform or meet productivity demands. Lynn and her brother worked for 7 difficult years in these conditions, until they couldn’t do it any longer and made plans to escape.

Their runaway was miraculously successful. She found a family to help her and they sent her to live with relatives in a nearby slum. In her new family, she was treated as an adopted child. She has now lived with her adopted mother for 3 years. The family loves  her and supplies meals and shelter, but they do not have enough money to provide for her education needs. She has still never been to school.

However, despite her circumstances, she is very smart and actually taught herself to read and write. She is now enrolled in school and receiving school lunch sponsorship. She is thrilled to be going to school for the first time and plans to work in an “office” when she is older. She is strong and courageous and will be a great leader for her nation. She continues to do so well that at the end of her first year in school her teacher asked her to skip a grade!